I don't know who my grandfather was,
I am much more concerned to know who his
grandson will be.

~ News Alert~  03/30/2020 – Genetic Lincoln is pleased to announce that ancient mitochondrial DNA (mtDNA) has been successfully sequenced from an Abraham Lincoln assassination relic and is an identical match to the mtDNA profile of Major Henry Reed Rathbone. Please view the Major Henry Reed Rathbone mtDNA Study results on this website. The relic may be viewed at the top of the RELICS page. We hope to have the full DNA analysis report available soon. Please contact this website for more information.

The Genetic Ancestry of Abraham Lincoln

Welcome to GENETIC LINCOLN as we study Abraham Lincoln through the eyes of DNA. Advances in DNA technology have become powerful tools in solving difficult mysteries of the past. By combining DNA testing with both traditional genealogy and historical evidence, we are able to break through many of the difficulties encountered when using traditional genealogical methods alone.

Abraham Lincoln (1809-1865), self-educated yet notably the most gifted writer to serve in the White House, was assassinated in 1865 while still in office. His family line is believed to have been extinct since his last undisputed descendant, Robert Todd Lincoln Beckwith, died in 1985 without children. It is widely accepted that Abraham Lincoln’s father, Thomas Lincoln (1778-1851), was a descendant of Samuel Lincoln (1620-1690). Patrilineal descendants of Samuel Lincoln have been Y-DNA tested, establishing a genetic profile for that line.

It is hoped that blood-stained relics from Lincoln’s assassination will provide DNA samples for future analysis. The cloak worn by Mary Todd Lincoln to Ford’s Theatre the night Lincoln was assassinated is shrouded in a mystery of its own. The blood-stained cloak, on display at the Chicago History Museum, in actuality may be stained with the the blood of Major Henry Reed Rathbone instead of Lincoln. Now a new DNA study may help solve another historical mystery. We are pleased to announce the results of the Major Henry Reed Rathbone mtDNA Study. For full details, please select the Rathbone mtDNA Study link below. 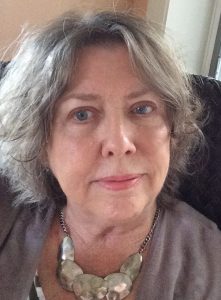 Suzanne Hallstrom was a genealogist by the time she was nine, always pestering relatives for information about her Walker family. When her Aunt Willa told the story of the Walkers coming from Virginia in a wagon pulled by oxen the “night all the stars fell”, Suzanne was hooked. Years later, she learned the “night the stars fell” was the spectacular Great Leonid Meteor Storm of 1833.

Interestingly, there are accounts of a young Abraham Lincoln seeing the meteor storm after he was rousted from his bed in New Salem, Illinois by a church deacon proclaiming the end of the world.

About This Web Site