Major Henry Reed Rathbone (1837-1911) has been indelibly recorded in history by his association with Abraham Lincoln on the fateful night of April 14, 1865. Rathbone and his fiancée Clara Harris were guests of the President and his wife Mary Todd Lincoln at Ford’s Theatre the night of Lincoln’s assassination. As Lincoln slumped over in his chair from an assassin’s bullet, Rathbone jumped to his feet to prevent the escape of John Wilkes Booth. Brandishing a large knife, Booth slashed Rathbone’s arm, severely injuring him before escaping by leaping from the President’s box to the stage below. Although bleeding profusely, Rathbone still was able to help Mary Todd Lincoln get to the Petersen House where Lincoln would die early the next morning.

The black velvet cloak worn by Mrs. Lincoln the night of the assassination, housed at the Chicago History Museum in Chicago, Illinois, has several dark blood stains. The stains, believed by many to be Lincoln’s blood, are more likely the blood of Major Rathbone. Although Lincoln’s head wound was mortal, it did not cause the profuse bleeding as did Rathbone’s severed artery.

There are no known living matrilineal descendants of Rathbone’s immediate family so additional research was conducted to identify two living matrilineal descendants of a maternally-linked ancestor of Major Rathbone. By including participants from two separate lines of descent from a common maternal ancestor, the results provide evidence supporting the conclusion of a mitochondrial DNA reference for Major Rathbone. The DNA donors for this study shall be identified as Donor-A and Donor-B. 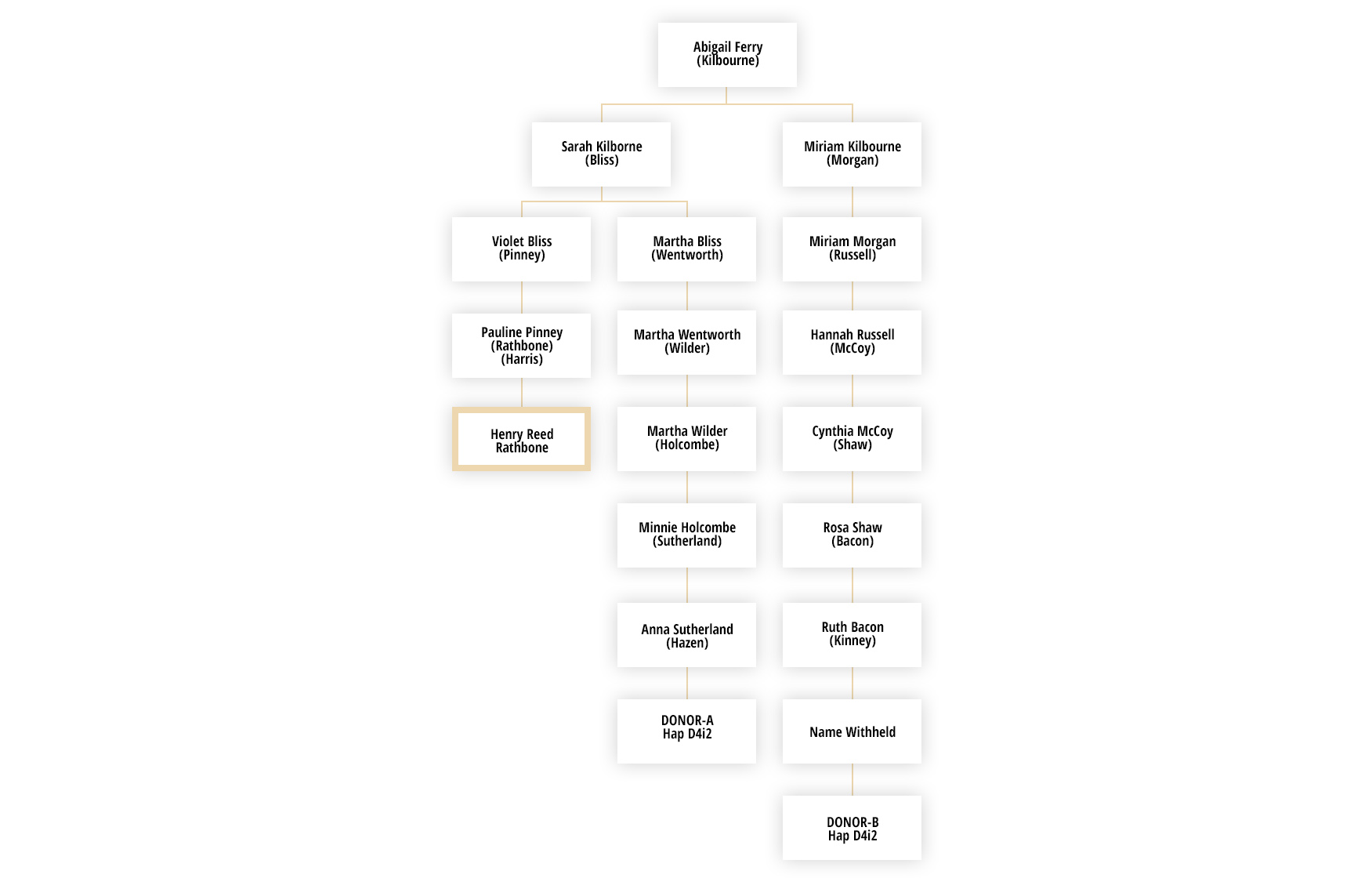 Full mitochondrial sequencing reveal the two donors both belong to haplogroup D4i2. In addition to the mutations used to define the D4i2 haplogroup …. they share a core set of {two} more specific mutations. These perfectly matching results support the conclusion that the two donors descend from the same maternal line as Major Henry Reed Rathbone. The rarity of Haplogroup D4i2 makes the matching samples more definitive.

In summary, these results can be used with confidence as a reference for DNA testing of Abraham Lincoln blood artifacts when it becomes necessary to distinguish between two accounts of possible genetic matter (Lincoln and Rathbone) from certain blood-stained artifacts.

Acknowledments:
DNA Donors without whom this study would not have been possible.
Ann Turner, M.D., DNA consultation

The Authors of the Major Henry Reed Rathbone mtDNA Study:

Suzanne W. Hallstrom has been administrator of the Hanks DNA Project since its inception in 2002, leading to her interest in the use of mitochondrial DNA to solve difficult genealogical questions. Realizing that no prior studies had resolved the controversy surrounding the maternal ancestry of Nancy Hanks Lincoln, Suzanne started the Nancy Hanks Lincoln mtDNA Study in 2015. In 2018 she created the Genetic Lincoln website to further our knowledge of the genetic ancestry of Abraham Lincoln.

Stephan A. Whitlock is an avocational genealogist and a former native of Illinois with a lifelong interest in Lincoln.